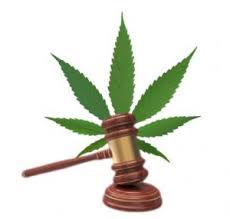 The sale, production and distribution of CBD oils/products derived from imported raw material industrial hemp is not in violation of the Controlled Substances Act (CSA). In Hemp Indus. Ass’n. v. DEA, 357 F.3d 1012 (9th Cir. 2004), the Ninth Circuit ruled that naturally occurring cannabanoids in industrial hemp foods, including oil, were never scheduled under the CSA; therefore, the DEA has no jurisdiction. This means that CBD, and even THC, when in industrial hemp oil, are legal.

The importation of industrial hemp is lawful, as exempt parts of the “marijuana” plant such as industrial hemp fiber, stalk, seed and oils can be lawfully imported into the United States and these portions of an industrial hemp plant may enter into United States commerce. See Limbach v. Hoover & Allison Co., 466 U.S. 353 (1984); Hemp Indus. Ass’n v. DEA, 333 F.3d 1082, 1089 (9th Cir. 2003). More importantly, industrial hemp products are not considered “marijuana” under the CSA. A company may acquire, possess, and produce products that are not defined as “marijuana.” The CSA definition of “marijuana” expressly and intentionally excludes “the mature stalks of such plant, fiber produced from such stalks, oil or cake made from the seeds of such plant, any other compound, manufacture, salt, derivative, mixture, or preparation of such mature stalks (except the resin extracted therefrom), fiber, oil, or cake, or the sterilized seed of such plant which is incapable of germination.” See 21 U.S.C. § 802(16). Thus, imported industrial hemp stalks, fibers, oils, or cakes derived from a hemp plant imported internationally are not legally defined as marijuana, and are, therefore lawful to
possess.

Looking for a CBD Affiliate Program? Visit CBDPure to sign up.